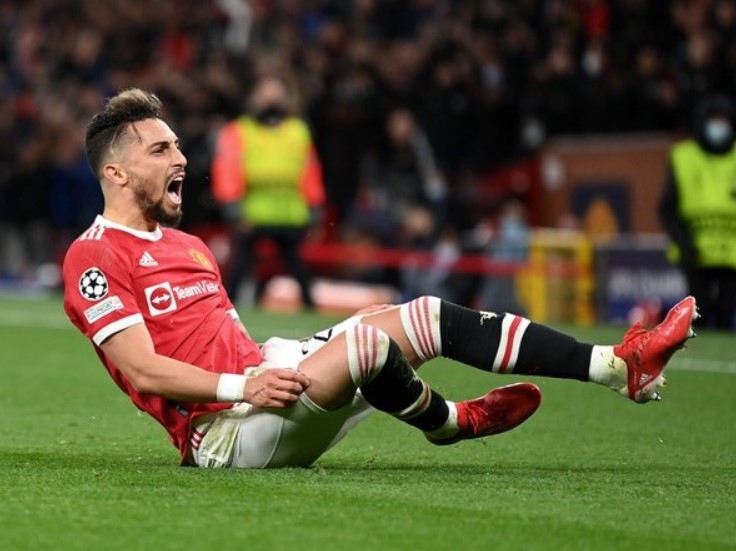 Sevilla are closing in on a loan deal for Manchester United full-back Alex Telles. Part of the deal entails the Red Devils offset part of his wages.

Manchester United are having trouble balancing their squad, with the anticipated arrivals failing to materialise. New manager Erik Ten Hag was hoping to get specific signings, but only a couple were successful.

There were expectations of a clear-out at Old Trafford, but apart from players whose contracts are over, there have been no departures. The players expected to leave have managed to consolidate their positions in the team.

Harry Maguire was the butt of boos on many occasions with claims of not being Manchester United material. Ten Hag has backed him along with players like Luke Shaw and Scott McTominay. Alex Telles has not been lucky, with the club keen to sell if the right offer comes.

Despite over seven years of underwhelming performances, Luke Shaw seems untouchable at Old Trafford. The England defender has posted several mediocre performances, but he holds his place in the team, with Alex Telles the player set to leave.

Sevilla are in advanced talks with Manchester United as they want to sign the Brazilian full-back from the Red Devils. Both parties are close to agreeing on terms as the Andalucian club is keen on a loan transfer. Telles could not tie down the left-back position, which seems to be a preserve of Luke Shaw.

This summer saw the arrival of Tyrell Malacia from Feyenoord. The Dutch defender adds competition to the left-back role. It has pushed Telles further down the pecking order as he is now the third choice left-back. Malacia is seen as a stiffer competition for Luke Shaw this season. While at Ajax, Erik Ten Hag saw him as a strong prospect and finally signed him for the Red Devils.

Sevilla to the rescue

After a less than stellar spell, Brazilian full-back Alex Telles will have to rediscover himself away from Old Trafford. The 29-year-old who arrived at United from Porto in 2020 is a target for the Estadio Ramon Sanchez-Pizjuan side.

According to 90min, Sevilla are close to completing a deal that will see the Brazilian join the Rojiblancos. United are eager to get Telles out of the squad that they are willing to pay part of his wages to help facilitate the move. Sevilla had an initial interest in signing Tottenham left-back Sergio Reguilon from Tottenham. The Rojiblancos have now opted for Telles.

It has been easier for Sevilla to pull off the Telles deal than they anticipated. It has come with help from the Red Devils, keen on pruning their squad. OGC Nice were also interested in signing the Brazilian, but the excellent relationship United enjoys with Sevilla sporting director Monchi helped smoothen things.

Following the exit of Diego Carlos and Jules Kounde, Sevilla are also in the market for a centre-back. Monchi confessed to La Colina de Nervion that a CB and an LB are priority positions for the club this summer. The Premier League kicks off this weekend, but the commencement of La Liga is still a further week away. Sevilla, thus have time to sign a player and integrate him into the squad before the season begins.