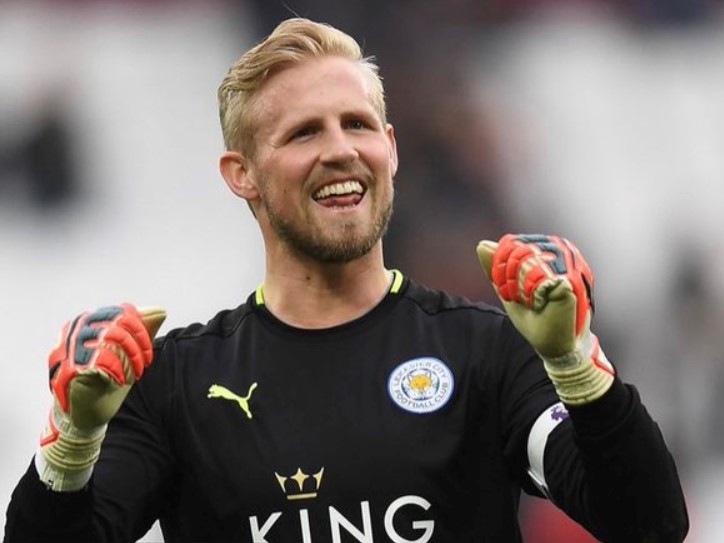 Kasper Schmeichel has signed a three-year contract with Ligue 1 side OGC Nice, bringing 11 years of service to Leicester City to an end. Schmeichel will find a company with former Premier League star Aaron Ramsey, who also joined the club this summer.

Something is brewing at OGC Nice. The French side are making some curious signings this summer, and it is not easy turning a blind eye to what is going on there. With all the signings made, can they challenge Paris Saint-Germain for the Ligue 1 title this season?

PSG are too loaded to be stressed by any Ligue 1 side. It’s easy to say, but they lost the league title to Lille in 2021, so never say never. Perhaps it’s the turn of Nice to upstage the apple cart. Despite that title loss, PSG has maintained a stranglehold on the league and does not look like relinquishing it any time soon.

The times at Nice are interesting. The recent signings at the club suggest their level of ambition. They first signed Aaron Ramsey and have followed it with another statement signing. The French side have completed the signing of experienced Danish goalkeeper Kasper Schmeichel.

When Leicester City won the Premier League under the guidance of Claudio Ranieri, three players stood out for that feat – Ngolo Kante, Jamie Vardy and Kasper Schmeichel. Ngolo Kante joined Chelsea, who also went on to win the title. The Foxes have now lost another club icon to the French side Nice.

It has been an eventful experience for Schmeichel, who joined the Foxes in 2011 for a meagre fee of £1.5million. The Danish goalkeeper made history with the club, helping them win the Premier League in 2016 (their only league title) and their only FA Cup triumph last year.

The departure of the Foxes goalkeeper means Danny Ward becomes number one at the club. Leicester will enter the market for a backup goalkeeper for Ward before the transfer window closes.

Words of praise for Schmeichel

Last season, Schmeichel received signals of his waning stand in the starting eleven. The message was that he was going to be number two. When Leicester went on a pre-season training camp in France, Schmeichel was not part of the team. The excuse for his omission was to give him time to recover after a hectic Nations League participation in June.

Schmeichel has received praise from several quarters as a model professional. None of the accolades are as loud as that coming from Leicester chairman Aiyawatt Srivaddhanaprabha.

He says that Schmeichel had a massive influence on and off the pitch and portrayed him as a thorough-bred professional.  He wished the Danish international the best in the next at OGC Nice.