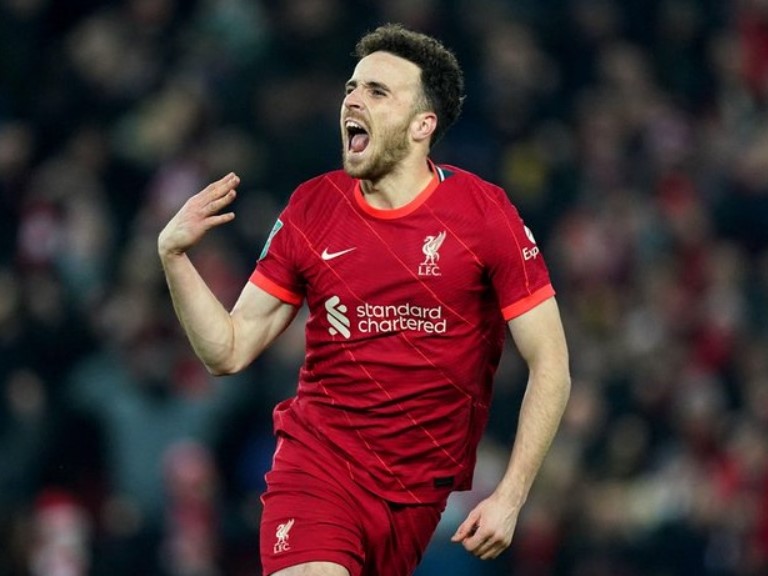 Diogo Jota has signed a new contract with Liverpool, having put pen to paper with the Anfield side on Tuesday. The Portuguese international was at the AXA Training Centre to further extend his deal, which will now run until 2027. He joined the Reds from Wolverhampton Wanderers in September 2020.

In no time at all, Jota fit in at Liverpool and adapted to Jurgen Klopp’s playing style, highlighted by a debut goal against Arsenal at Anfield.

The forward went on to score 12 more goals in his debut campaign, inclusive of a memorable Champions League hat-trick away to Atalanta.

Jota bettered that tally in the 2020/21 campaign, scoring 21 times across all competitions as Liverpool claimed the Carabao Cup and the Emirates FA Cup, but narrowly missed out on the Premier League and also lost to Real Madrid in the Champions League final.

Jota has proven to be an influential player under Jurgen Klopp since his arrival and the departure of Mane will only see his importance rise further.

So“Well, [I’m] really proud, I have to say,” he told Liverpoolfc.com after signing his new contract.

“Obviously since I arrived two years ago I established myself as an important player in this team – that’s what I wanted from the beginning.

“Now, signing a new long-term deal, it’s obviously from the club’s perspective proof of the belief in myself as a player. For me, obviously it’s really good to establish I’ll be here for a while.

Jota is currently on the sidelines due to an injury and missed Liverpool’s pre-season campaign. With that in mind, he is set to miss the first two games for Liverpool due to that knock.

But when back to full fitness, the 25-year-old is looking to play his part in helping the team claim more silverware.

“Unfortunately for me I had an upset in this pre-season because I got injured [in the] last game of the season playing with Portugal,” he added. “So I was coming back in this pre-season, I felt it a little bit again. So it will be a few more weeks, I would say.

“His qualities are obvious. He scores goals – not a bad quality – he works unbelievably hard for the team, his pressing and counter-pressing are on an unbelievable level, he can play in all of our attacking roles and he has an incredible attitude. Not a bad package. Not bad at all.

“As a striker who can play on the wing, he gives us so many options and since he came to Liverpool he has improved so much.