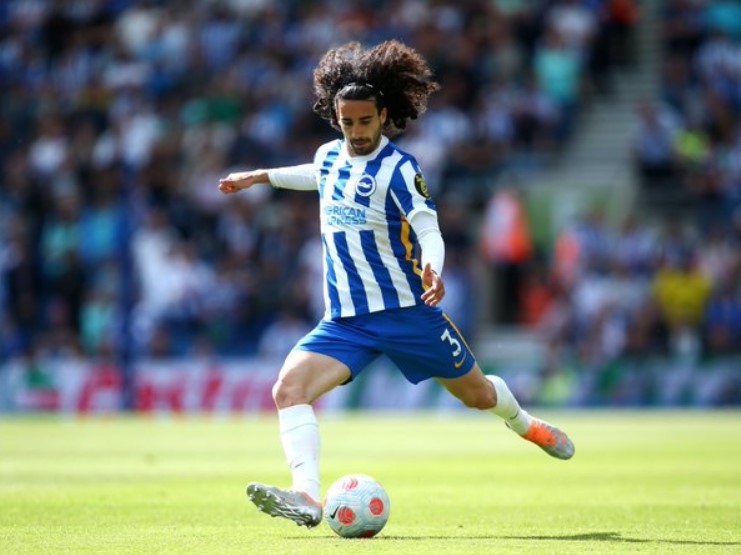 Reports suggest that Chelsea are close to concluding a deal for Brighton full-back Marc Cucurella. In controversial fashion though, the Seagulls have debunked rumours a deal is in place for the Spanish defender.

Is there a conspiracy against Chelsea not to sign players this summer? The west London side are struggling to sign the players they need to prosecute a successful Premier League season.

The Blues need reinforcements after losing several players, and a couple more seem interested in leaving the club. Chelsea are chasing several targets to bolster the squad. They hope to be in good stead to challenge favourably for all the titles available this summer.

Chelsea lost Andreas Christensen to FC Barcelona and Antonio Rudiger to Real Madrid this summer. Both players left on a free transfer. Meanwhile, the future of Marcos Alonso and Cesar Azpilicueta is unsure as Barcelona is sniffing around the players, hoping to sign them this summer. Thomas Tuchel has seen Chelsea miss out on Raphinha and Jules Kounde, with Barcelona beating them to both players.

The Blues have moved on from the lost signings, with rumours suggesting they have no interest in discussing the availability of Azpilicueta and Alonso with the Catalan giants.

Manchester City were the first to indicate interest in Spanish full-back Marc Cucurella, but the Premier League champions could not meet the price Brighton demanded. It has allowed Chelsea to move to the head of the queue for Cucurella.

Chelsea have made a curious bid and seem close to completing a £52.5 million of Marc Cucurella from the Seagulls.

The intrigues continue with Chelsea presenting a bid with a fixed fee and no add-ons. The contract should run till 2028 for the Spanish international.

Chelsea hope that this deal will not fall through like the other ones before it. Perhaps Brighton are hoping for a late Barcelona interest to help jack up the fee. There are rumours that Barcelona might be interested in the former Getafe full-back.

Brighton denies there is a deal

Chelsea are only in the driving seat for Cucurella because Manchester City walked away from protracted negotiations for the Spaniard. The Citizens were not willing to go higher than the £40m they offered for the player. The Sky Blues have now turned their sights on other targets.

In the wake of media reports that suggested Brighton had agreed to a fee with Chelsea, the Seagulls have denied that any agreement was in place.

The club published a rebuttal on Wednesday night regarding the rumours making the rounds. The statement reads that contrary to inaccurate reports from numerous media outlets, no agreement has been reached with any club to sell Marc Cucurella.

Tuchel has been an admirer of the wing-back. He will now have to be patient as everything gets sorted out.

Meanwhile, Brighton are close to signing Chelsea defender Levi Colwill in a separate deal. The player should cost the Seagulls around £25m with a buy-back clause set at approximately £50m. Chelsea were unwilling to let the player go permanently and negotiated the clause.