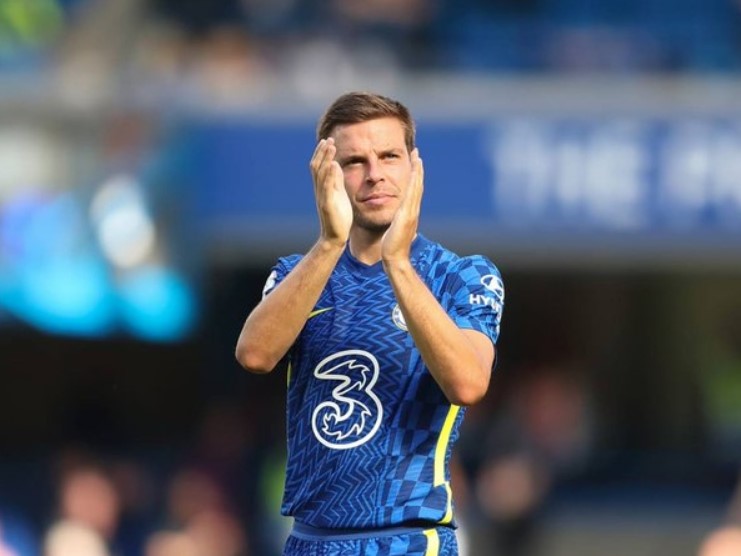 Cesar Azpilicueta has signed a new two-year contract that will keep him at Chelsea till 2024. The Blues activated the option in his contract despite his willingness to join Barcelona.

Thomas Tuchel arrived in London in January 2021 after receiving his marching orders at Paris Saint-Germain. The German tactician arrived at a time when Chelsea was in distress. Frank Lampard had lost his way, and Chelsea looked a shadow of themselves. Tuchel steered the ship to the Champions League title and later the FIFA Club World Cup to give Roman Abramovich a befitting farewell from the club.

Everything seemed nice and dandy, but Chelsea seem lost again as they struggle to sign players and battle to keep the ones they have. The Blues lost out in the campaign for Raphinha and Jules Kounde to Barcelona. There is a small consolation with the signing of Raheem Sterling and Kalidou Koulibally to cushion the effect of the loss of Antonio Rudiger, Andreas Christensen and Romelu Lukaku.

Despite the two signings, the storm is not over as Chelsea try to stave off the interest of Barcelona in Marcos Alonso and Cesar Azpilicueta. The Blues have won a minor victory as the Spanish defender has agreed to a contract extension with the Stamford Bridge side.

Barcelona have single-handedly given Chelsea blows that may have rocked their confidence in the transfer market. The west London side lost a couple of targets to the Catalan giants. To rub salt to injury, Los Blaugrana remains keen on two Chelsea players.

Marcos Alonso and Cesar Azpilicueta are targets of the Spanish side. According to 90min, Barcelona were confident of signing the defender. The pressure was on Chelsea, and the club was not ready to allow Barcelona to do them again.

Azpilicueta had an extension clause that the Blues activated. Despite the clause, the Spaniard and Chelsea had a gentleman’s agreement that he’d be allowed to leave Stamford Bridge for a small fee.

Azpilicueta joined Chelsea from Marseille in 2012. While at Chelsea, Azpi has won nine major trophies, including the Champions League and two Premier League titles. He was impressed by the offer from Barcelona. They offered a long-term contract, which was enough to convince Azpi that he was ready for a new challenge.

The deal looked sealed, but after the loss of Raphinha and Kounde to Barcelona, Todd Boehly was not going to let Barcelona have their way again. He brought his influence to bear on proceedings and let Thomas Tuchel have the final say on the defender’s future.

The new deal will see Azpilicueta remain at the club till 2024 – closer to his 35th birthday and bringing his Chelsea spell to 12 years.

Azpi made 47 appearances for Chelsea last season to underline his importance to the club. He is capable of playing as a right-back, wing-back and centre-back. He also played regularly for Chelsea at left-back early in his Stamford Bridge career. Azpi became the club captain in 2019 after Gary Cahill left.