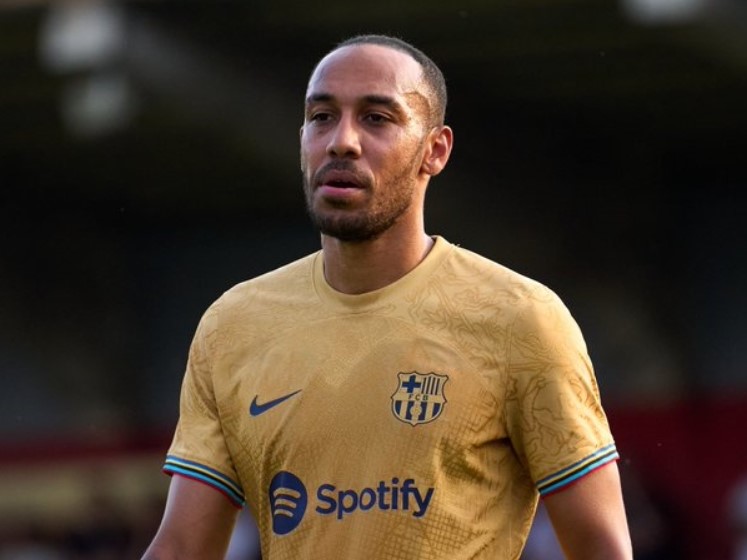 Chelsea are interested in signing former Arsenal striker Aubameyang from Barcelona this summer.  The Catalan giants are willing to sell, but Xavi wants to keep Auba at the Nou Camp.

Barcelona are looking forward to a new season with plenty of hope. With La Liga set to kick off in about a week, Los Blaugrana have made several signings that has them oozing with confidence as they believe they are now on an even keel with Real Madrid. The belief at the Nou Camp is up, and they are eager to get the show on the road.

From a dire financial situation, Barcelona has moved to a position of strength, but not Uhuru, as the Catalan giants need to offload some players to remain within the La Liga regulations. Barcelona signed several players, in the process, giving Chelsea grief. They beat Chelsea to the signing of Raphinaha and Jules Kounde despite the Blues being ahead in the queue to land the players.

While Barcelona are trying to lighten their weight, Some of their key players have attracted the interest of other clubs – especially Chelsea. It may as a way to exact their pound of flesh, but Chelsea seem keen on signing Frenkie de Jong and Pierre-Emerick Aubameyang this summer.

Barcelona could sell Aubameyang to Chelsea

With Romelu Lukau off to Inter Milan on possibly a two-year loan, Chelsea are left without a striker and are in the market for one. A few names have popped up in the list of strikers the Blues are interested in, but one jumps to the top.

Pierre-Emerick Aubameyang, who just joined Barcelona from Arsenal in January, is the butt of interest by Chelsea.

There are many names attracting wages on the Barcelona books, and the Catalan giants are keen to lighten the load. With difficulties in selling some of the unwanted players, Barcelona might resort to allowing players that have attracted interest from other clubs to leave.

According to reports, Barcelona seem willing to sell Aubameyang this summer following interest from Chelsea. The sale could help them balance their books. Despite triggering several levers, Barcelona remains in a delicate financial situation, and they need to sell before the market shuts in September.

Aubameyang is not untouchable

Last season was one to forget by Barcelona as they struggled on all fronts. While they struggled to sign and register players, reprieve came in January as Laporta worked his magic that led to the arrival of Aubameyang. Arsenal cancelled the Gabonese contract allowing him to join the Catalan giants.

The former Arsenal striker enjoyed an impressive six months at the club, beating La Liga goalkeepers 13 times from 23 matches. Two of the 13 goals he scored came in the El Clasico against Real Madrid.

Aubameyang looked to be on steady feet, but Barcelona paid £42.5million to Bayern Munich for the services of prolific goalscorer Robert Lewandowski last month. The arrival of Lewandowski means Aubameyang is no longer the number one striker at the Nou Camp. It could also spell the end of his stint at Barcelona.

The Mirror reports that while the club is willing to sell Aubameyang to Chelsea, the manager Xavi Hernandez is keen to keep the player at the Nou Camp. The Blues want to strengthen their attack and found quality forwards hard to come by. The Blues have also struggled to convince players to come to Stamford Bridge.

Aubameyang is no stranger to Thomas Tuchel. They worked together at Borussia Dortmund. The Gabonese striker could fill the void left behind by Romelu Lukaku.