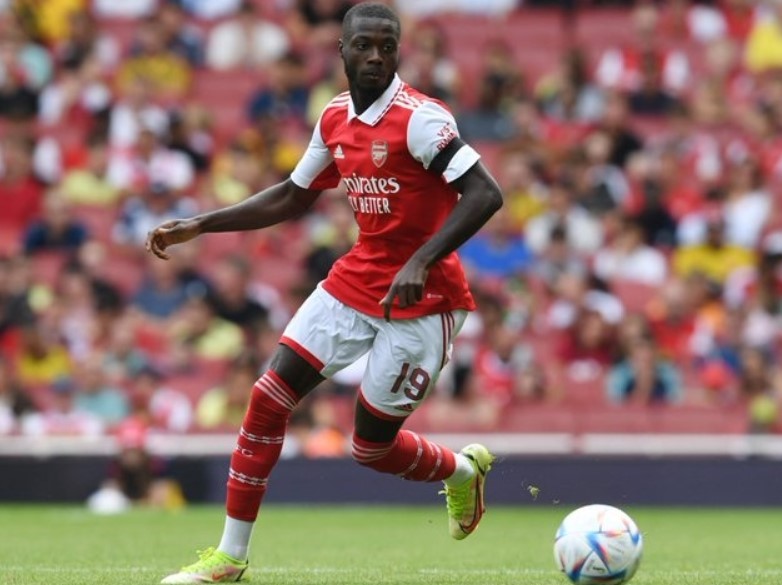 Arsenal have been urged by former player Alan Smith to take a hit for flop Nicolas Pepe, as Gunners seek to offload him this summer.

After a season in Ligue 1 where he finished with 22 goals and 11 assists with Lille, Arsenal splashed out £72million for his signing in the summer of 2019. The winger arrived with so much promise and expectations on his shoulders, but it just hasn’t quite worked out in England.

He has been largely criticized by fans and former players of the club for his underwhelming performances. The 27-year-old has made 112 times for Arsenal, registering 27 goals and 21 assists but has failed to nail down a starting role. At the moment, he is merely a squad member in Mikel Arteta’s squad for this season.

Three seasons down the line, the Ivorian does not look like turning the tide around, hence the suggestion from the former Arsenal man to the club to sell him, which could benefit the player.

Just some days ago, 90Min stated in a report that agents have offered Arsenal Pepe to Newcastle in the hope of securing a summer move. In a similar vein, GiveMeSport corroborated that claim saying that Pepe is on Newcastle’s wish list this summer.

On his part, ex-Arsenal forward Alan Smith believes the time is right for the club to sell the winger:

“As a lot of clubs find out, getting rid of Premier League players when they’re on such good contracts is so difficult,” Smith told The Express.

“At times, Arsenal have had to take hits on [Pierre-Emerick] Aubameyang and [Mesut] Ozil just to get them out of the door.

“Pepe is the big one because they bought him for over £70million. They’re not going to get anything like that back. Nothing like it. It was one of the worst transfer amounts, not as bad as Lukaku but it was up there.”

“He doesn’t appear to be [Mikel] Arteta’s cup of tea. He’s not consistent and not many coaches like that. So if they could get Pepe out of the door then that would be a bonus” , he concluded.

Pepe, who still has two years left on his current contract, is eyeing a move away from the Emirates in order to get more playing time – something he has not enjoyed at Arsenal under Mikel Arteta.

The Ivorian is currently valued €25million, but in this dipped state, it will be difficult to convince potential suitors to pay such an amount for his signature. Probably a short-term deal could work for the time being before a permanent departure.

On the flip side, Arsenal are back in Europe and with the transfer additions made to the side, the likes of supposed fringe players like Pepe should be getting some minutes in the Europa League, while the first XI takes some needed rest.