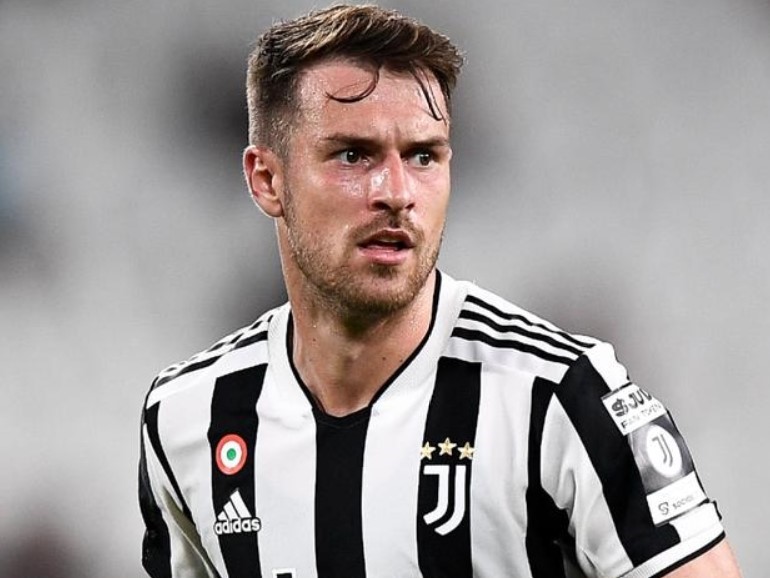 Aaron Ramsey has joined French side Nice on a free transfer after ending his contract with Juventus last month. The Welshman could be joined by Premier League star Kasper Schmeichel, who is also in talks with the French side.

There has been a lot of reshuffling at Juventus as the Italian giants look to put themselves in a good position for next season. The Bianconeri managed to squeeze into the Champions after a long season where they were never in contention for the Scudetto. To avoid the same fate, Juventus have been shipping out players and signing new ones to bolster the squad.

One of the players that left the club is Argentina maestro Paulo Dybala, who left the Allianz stadium after a philosophical falling out with the Bianconeri. Juventus made a U-turn on a contract agreement that irked Dybala and rejected new contract offers from the club. Dybala has since signed for AS Roma on a free transfer.

Juventus have also been trying to offload Wales midfielder Aaron Ramsey for a couple of seasons without success. The Bianconeri finally had a breakthrough with Ramsey after the Welshman settled the final year of his contract with Juventus last month. Ramsey has joined a new club, albeit not in Serie A. The midfielder is set to play next season in the Ligue 1.

Ramsey off to Ligue 1

Aaron Ramsey has been in the wilderness at Juventus, with game time at a premium. Despite being surplus to requirements at Juventus, the Welshman had hoped for a miracle to straighten out his career with the club. Things came to a head, and he had to sort out the final year of his contract to allow him to leave for more game time.

Ramsey is set to feature for Wales at the World Cup in Qatar this November and needs match fitness to put up a good showing. He had been without a club since settling the final year of his contract with Juventus last month. Happier days are ahead as the Wales international is off to Nice on a free transfer.

Sportsmail reported last week of the interest in Ramsey by Nice. Nice have confirmed that Ramsey has signed a deal with the club. The 31-year-old midfielder who played for Arsenal will feature for the French side this season. It will also help Ramsey get into better shape as he is an integral part of the Wales team that will make its first World Cup appearance since 1958.

OGC Nice are not through with the market. The French side wants to give Paris Saint-Germain a run for their money this season and have been targeting some experienced players to bolster their squad.

Following the signing of Aaron Ramsey, Nice wants to add a Premier League star. They are targeting Kasper Schmeichel, who is about to leave the King Power stadium after 11 successful seasons.

Leicester manager Brendan Rodgers is reluctant to let Schmeichel leave the club and said that one way or the other, he hopes they can find a solution this week.

Rodgers lauded the goalkeeper for his achievements at the club and believes he deserves respect for his time at Leicester City. He said Kasper gave everything for the club, and he knows there is interest from another club, but there is not much to say.

Rodgers knows Schmeichel has a tempting offer from Nice, and he said that a player of that age wants a contract that offers him something substantial. He claims longevity is vital in the deal he gets. For a 35-year-old, a three-year contract would play in his thinking.