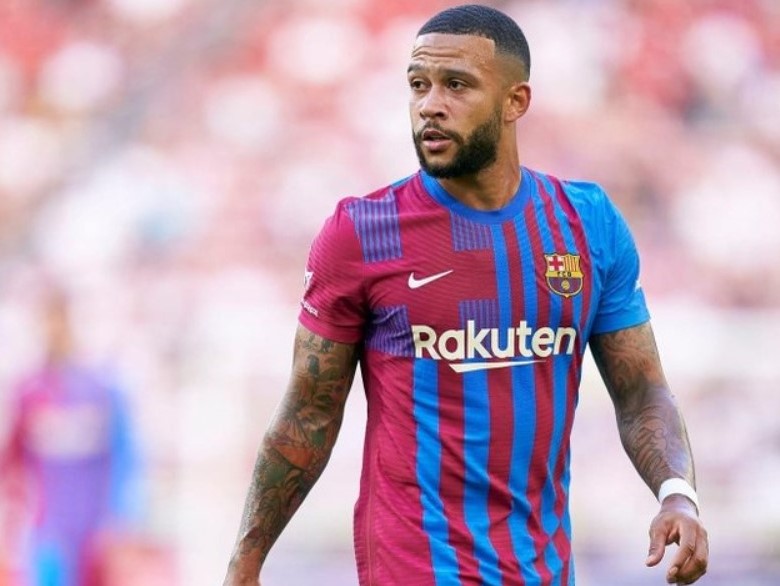 Memphis Depay and his lawyers are negotiating with Barcelona to terminate his contract and let him leave as a free agent. The Dutch forward has been deemed surplus to requirements at the club.

Barcelona have activated several levers that allowed them to sign players this summer. For a club that is neck-deep in debt and struggling to find its feet, they have done more business than clubs with sound financial health. Despite the number of arrivals at the Nou Camp, the club still have eyes for more players.

Barcelona have a large squad and need to trim it to allow them to register the players signed. Some players need to leave the club to bring in money that would balance the books. Frenkie de Jong is one player that Barcelona hopes to sell. He is perhaps the only player they’re willing to let go that can fetch a substantial amount. However, De Jong is unwilling to go without a fight.

Another player who wants to leave the club is Memphis Depay. The Dutchman is surplus to requirements but wants to leave Barca on his terms. The 28-year-old is currently in talks with Barcelona to cut him loose.

Depay wants to leave on a free transfer

Memphis Depay arrived at the Nou Camp during the reign of Ronald Koeman. He did not light up the Camp Nou, and Xavi Hernandez does not fancy him.

Fabrizio Romano reports that the Dutch forward is trying to force a free transfer from Barcelona with his lawyers negotiating with the club. The transfer window is still open, and Depay wants to leave this summer.

Depay joined Barcelona last summer after signing a two-year deal. Barcelona signed the forward, who had a fantastic spell at Olympique Lyon as a free agent. With Barcelona making a rash of attacking signings in January and this summer, Depay is now down the pecking order at the club.

The Dutchman does not want to hang around and warm the bench. The Dutch forward has his lawyers in the Barcelona offices trying to negotiate a move away from the Catalan club as a free agent.

Barcelona are already shopping for buyers and have slammed a sum of €20 million on the forward.

Depay was keen to stay and prove his mettle, but circumstances forced him to change his mind. He has now accepted that there is no future for him in Barcelona and is ready to move on from the club. The ex-Manchester United man has decided not to make it easy for Los Blaugrana. He is asking that Barcelona let him go as a free agent.

Depay prefers to move to a top club. He also wants a project that he feels is right for his career. The former Lyon attacker has heavy links to Tottenham, but Depay is not keen on a return to the Premier League after his ordeal with the Red Devils.

Juventus seems a more realistic possibility with the Bianconeri showing interest in Depay. With the Old Lady challenging for top honours, it would be an attraction for Depay as he would also be guaranteed regular playing time. However, Barcelona would need to let Depay leave as a free agent for the deal to materialize.