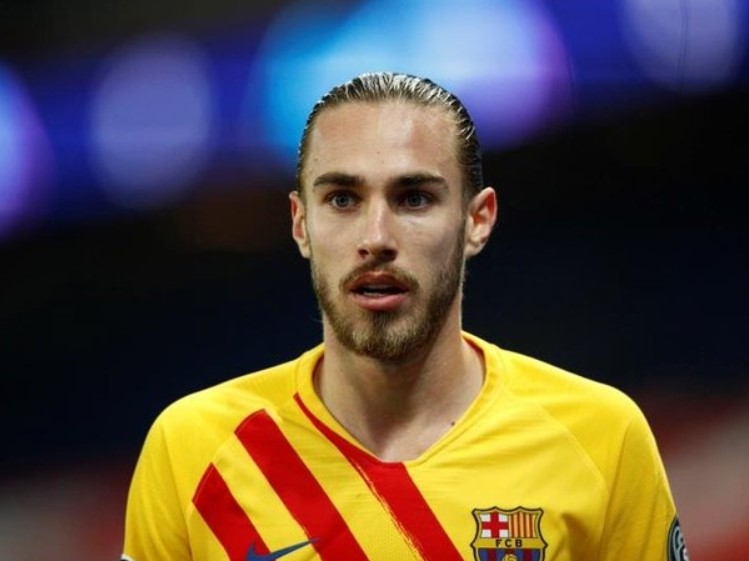 Óscar Mingueza will join Celta Vigo this summer for around €3 million.The Spanish defender featured for Los Blaugrana for two years and will now start a new spell with the Galician club.

Barcelona have become an exciting prospect this season. They are manically working the transfer market to build a team that can compete at the highest levels. The idea is to bring back glory to Los Blaugrana with a squad other teams will fear to play.

The plan seems to be working, as the rest of the world is beginning to notice. The Catalan giants have not let their dire situation stop them from aiming for their goals. They may be guilty of selling their future to fund their present, but it is not without a plan. The arrival of these players to the Nou Camp should help the club recover its future if everything falls in place.

They have signed Franck Kessie (AC Milan) and Andreas Christensen (Chelsea) on a free transfer. Other purchases include Robert Lewandowski (Bayern Munich), Jules Kounde (Sevilla) and Raphinha (Leeds United), yet the world seems not enough. The Catalans still have an eye on other players they hope will arrive at the Nou Camp this summer. Los Blaugrana are still keen to sign Cesar Azpilicueta and Marcos Alonso from Chelsea.

Despite the acquisitions, they have to find a way to balance the books and remain financially competitive this season and beyond. It means some players have to leave the club, or they would not be able to register all their signings.

Óscar Mingueza is one of the players Barcelona have tried to get rid of and have managed to find a taker for his signature. The Spanish defender is on his way to Celta Vigo after they agreed to a deal for his services.

Mingueza off to Celta Vigo

Mingueza was not a hit at Barcelona, and a matter of time before things came to a head for him.

If he passes his medical, Mingueza will sign a four-year contract with Celta. Os Celestes will pay Barcelona around €3 million for the defender. Should the Galician club sell the player in the future, Barcelona are entitled to a percentage of the sale. Specifics of the clause in the deal have not been disclosed or reported.

Xavi Hernandez continues his rebuild heavily backed by Joan Laporta-led management. It is good to see the Catalan side aiming high but sad to see Mingueza, who wanted to be part of the rebuild, bundled out to Celta Vigo.

Mingueza didn’t cover himself in glory with his performance at the club. He departs Barcelona after making 66 appearances in the two seasons. He scored two goals and was part of the 2021 Copa del Rey winning side.

Mingueza was prominent under Ronald Koeman but has become surplus to requirements under Xavi Hernández. At Celta Vigo, the Spanish defender has the opportunity of gaining more minutes.