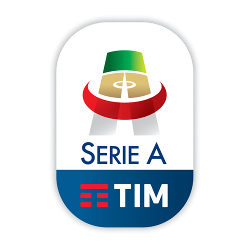 Serie A – The Tactically Astute Peak of Italian Football

Serie A represents the pinnacle of Italian football and is home to some of the most revered clubs in the world. Once known for its defensive style, it now boasts an enticing combination of tactical prowess and innovation, assuring it of a place among the most-watched leagues in the world.

Italian football fans are widely regarded among the most passionate in the world. Even as one nation, local pride is rarely in short supply, and the transition from local competitive leagues to a nationwide league format occurred in the 1929/30 season. Top-level Italian football has mainly remained the same ever since, with the only significant difference being the much-vaunted split from Serie B in 2009 following disagreements over the distribution of television right fees.

Before 2004, the number of participating clubs fluctuated more frequently than in any other major European league. Between 16 and 21 teams participated in the league over the years until the current format of twenty teams became the norm.

The format is also notable among top European football leagues for the authentic round-robin format. Each team plays all 19 others in the first half of the season. Outside of exceptional circumstances, they then play each side in the same order during the second half, with home and away allocations reversed.

The Race for the Scudetto

The winners of the Italian top-flight earn what is colloquially known as the ‘scudetto’ or ‘small shield’. Named for the tricolour shield worn by the defending champions throughout the following season, this visual representation of success accompanies the Coppa Campioni d’Italia.

Even for those that fall short of the title, there’s still plenty to motivate the highest possible finishing position. As a European league with a top-five coefficient, Serie A enters numerous teams into European competition. The top four finishers qualify for the Champions League group stage, while teams in fifth and sixth qualify for the Europa League. A third Europa League berth goes to the winners of the Copa Italia. However, if the team that lifts the trophy already qualified for European football, qualification reverts to the seventh-placed finishers.

No Strangers to Controversy

While every major league has its share of drama, Serie A boasts a more storied history than most. Entertaining and contentious in equal measure, entire books cover major scandals and unbelievable refereeing decisions. It is the only major league to have no official champion in any year of this millennium after Juventus’ 2005 scudetto disappeared from the record books over match-fixing. The league’s history is replete with tales of fans feeling let-down or downright robbed by decisions, although some might say it all evens out in the end.

The competition continues to thrive and boasts giants of the global game in reputation, if not always performance. With Juventus, Milan and Internazionale among the standouts, there’s always something exciting happening, so it’s no surprise to see the Italian competition located firmly among the most-watched leagues in the world.