Ask any West Ham fan, which is the only club side to have won the World Cup, and the answer won’t surprise you. While the club has achieved plenty since its 1895 formation as Thames Ironworks, few will forget the England World Cup win when captain Bobby Moore and final goalscorers Martin Peters and Geoff Hurst represented the Hammers.

With the quality of talent on the pitch, it is no surprise that England’s sole World Cup win to date also coincided with an extended period of dominance for the side. The 1960s are considered the club’s glory years, based around their FA Cup win of 1964 and their European Cup Winners’ Cup victory the following season.

While the club is yet to better its third-place finish of 1985-96 in the top division, West Ham squads are rarely short on quality. Often characterised by an English core, the international flavour of the Premier League is reflected in success by the likes of Paolo Di Canio, Dimitri Payet and Manuel Lanzini. 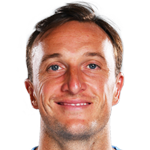 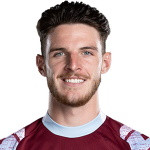