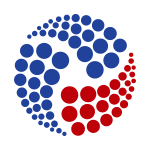 The English league pyramid extends further than most, and the 24 teams in the lowest division of the Football League do battle each season to ascend through the ranks or avoid dropping out altogether. The game is of a good standard considering this is the fourth tier of professional football in England, and it’s one of those leagues where anything can happen.

Still referred to by some as the ‘old fourth division’, EFL League Two came into being under its current name during the 2004-05 season. Before this, it was the Football League Third Division, with the change occurring when the top teams in English Football joined the Premier League.

Going even further back, it operated as Division Four from its inception in 1958.

The Base of the Professional Pyramid

As the national sport, it’s perhaps no surprise to see that England is the only European nation where professional competitive football spans four whole divisions. It also illustrates the ups and downs faced by even well-run clubs. At the time of writing, three former Premier League teams participate in League Two, int the form of Bradford City, Oldham Athletic and Swindon Town. Other big names to have participated in recent years include Portsmouth, Coventry City and Notts County, with the first two having successfully climbed back up the leagues and the latter having since left league football altogether.

The Battle to Stay in the Football League

While professional English football spans four divisions, the entire structure spans tiers that reach double figures. In practice, the upper echelon of non-league football boasts its fair share of professional teams. However, there is an understandable drop-off in revenue and reputation for any club that drops out of the league.

Fortunately, League Two incorporates the fewest relegation spots of any Football League division, with two teams ultimately dropping out. They’re replaced by the National League champions, along with the winners of a playoff between teams finishing from second to seventh.

Unsurprisingly, the vast majority of teams in the division look upwards rather than downwards. There’s rarely a vast gulf in quality between the 24 participating sides, and the majority enter each season with optimism.

There are four promotion spots available, with the top three finishers automatically rising into League One. The playoffs involve the fourth to seventh-place finishers, who battle it out to make the step up.

Teams from this division also battle it out with League One teams and several Premier League academy sides in the EFL Trophy. That’s alongside their invitations to the FA Cup and EFL Cup, ensuring a particularly gruelling season for those that overperform.

While not the highest-quality competitive football in England, there’s plenty of passion and excitement to go around, along with the occasional fairytale cup run. Rivalries form and fans cross the country to urge their team on to success, resulting in magical experiences every season for those that choose to travel.