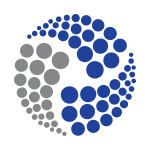 EFL League One – The Home of Fallen Giants and Ambitious Upstarts

EFL League One is the literal middle ground of the English Football League. With the Championship above and League Two below, it’s home to 24 clubs with an intriguing mix of quality, finances and ambitions. Developing teams with high hopes pass through on their way up, while some of the biggest names in English football have passed through in recent years. Much as with every English professional league, excitement is always guaranteed throughout each season.

The second tier of English football came into being, as we know it today, in 2004. However, England has long had one of the most developed professional league structures. What is effectively the same division under different names has been around since 1920, when it initially launched as Division Three. It became Division Three North/South just a year later, as clubs this far down the pyramid struggled with transportation and the associated costs.

This format changed in 1958 when the league reverted to its previous name and no longer differentiated between teams in the upper and lower portions of the country. It then continued as Division Three until the dawn of the Premier League era. 1992 saw perhaps the most significant reshuffle ever in the English game, and the third tier became Division Two as part of that.

As the middle ground in English Football League competition, there’s a hearty mix of ambition and money floating around. While nowhere near as wealthy as the Premier League, the lower divisions do have their fair share of relatively wealthy clubs, especially compared to those that play abroad.

Recent years have seen the EFL tightening up on financial responsibility, and that lends something of an even playing field to the lower divisions. The 2012-13 season saw the introduction of Financial Fair Play rules, administered wholly by the English Football League. The League One version involves the Salary Cost Management Protocol, whereby clubs are not permitted to spend more than 60 per cent of their turnover on player salaries.

Even with these rules in place, poor management, below-par performances and sheer bad luck can see clubs suffering financially. In the 2019-20 season, the league was reduced to 23 teams following the removal of Bury, with concessions in place to rebalance the league through promotion and relegation at the end of the season.

It is challenging to become internationally renowned in League One, but plenty of players have carved out hero-like status among club fans and the general public alike. Billy Sharp and Rickie Lambert made their names in the division before ultimately making the step up to Premier League level and performing well. Will Grigg, the 2015-16 season’s top scorer, also achieved cult-like status, although that arguably has as much to do with his famous chant as his performances on the pitch.

Sunderland and Portsmouth both play in EFL League One at the time of writing. More than 340 miles separate the two teams, illustrating the countrywide nature of the division.

It is also the most internationally viewed third tier in world football, with regular domestic broadcasts accompanied by live games in Spain, Australia and the US, among others.