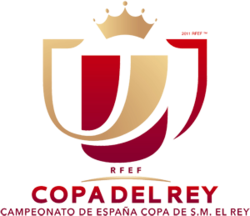 Copa Del Rey – The Pinnacle of Cup Competition in Spain

Spanish football is the envy of most other footballing nations around the world, and outside of La Liga, the Copa Del Rey is the most significant domestic competition teams can win. Competition is always fierce, especially with 126 entrants each season, and the heritage and pedigree are clear to see. Indeed, this tournament once represented the pinnacle of Spanish football. The first edition, played in 1903, predated Spain’s first national league by some 25 years.

While now perhaps secondary in importance to competitive football in the league, this remains a tournament that even bigger clubs go all out to win, especially if they make it to the latter stages.

The tournament’s name translates into English as the King’s Cup. While the Spanish name is used globally, there is more to the name than meets the eye. One year before its launch, top Spanish sides played in the Copa de la Coronación. This tournament was mooted to celebrate the coronation of King Alfonso XIII and was contested between Madrid FC, Barcelona, Espanyol, the New Foot-Ball Club and eventual winners Club Bizcaya. The victors had the advantage of fielding a representative team specifically for the tournament, drawing upon players from Athletic Club and Bilbao FC, who later combined to form Athletic Bilbao. The famous Basque side still displays the cup in its club museum to this day.

The tournament went through various name changes after it came under the jurisdiction of the Royal Spanish Football Federation in 1903. It even became the Copa del Generalísimo during Franco’s Spanish State and is intrinsically linked with the nation’s sporting fabric.

Much as with other primary cup competitions throughout Europe, even the most prominent teams set out with the aim of winning the Copa Del Rey in mind. The biggest sides will often field weakened teams in the earlier rounds, but tend to deploy their strongest starting XIs as they edge closer to the final.

It is unsurprising to see both Barcelona and Real Madrid near the top of the all-time winners’ list, in first and third respectively. They are separated by Athletic Bilbao, while Atlético Madrid, Valencia, Real Zaragoza and Sevilla have all claimed the trophy on five or more occasions.

A Story of Multiple Trophies

There have been five different trophies awarded to Copa Del Rey winners as of the 2019-20 season. Typically, a team gets to keep the cup if they win it three consecutive times or five times overall. The most notable miscellaneous reason took place in 2010 when Sevilla requested and was granted permission to keep the trophy to commemorate Spain’s World Cup win that year.

The importance that big teams place on the competition reflects in the fact that those that perform well in the league tend to do well in the Copa too. Barcelona has completed the league and cup double on eight occasions as of 2020, with three of those coming in the last decade. Athletic Bilbao and Real Madrid have pulled off the same feat five and four times respectively, with Atlético Madrid being the only other team to do so in the 1995-6 season.

The winners qualify for the Europa League and Supercopa de España. While the iconic clubs of competitive football in Spain always have one eye on the Champions League, the Copa remains an essential target for clubs and fans alike.